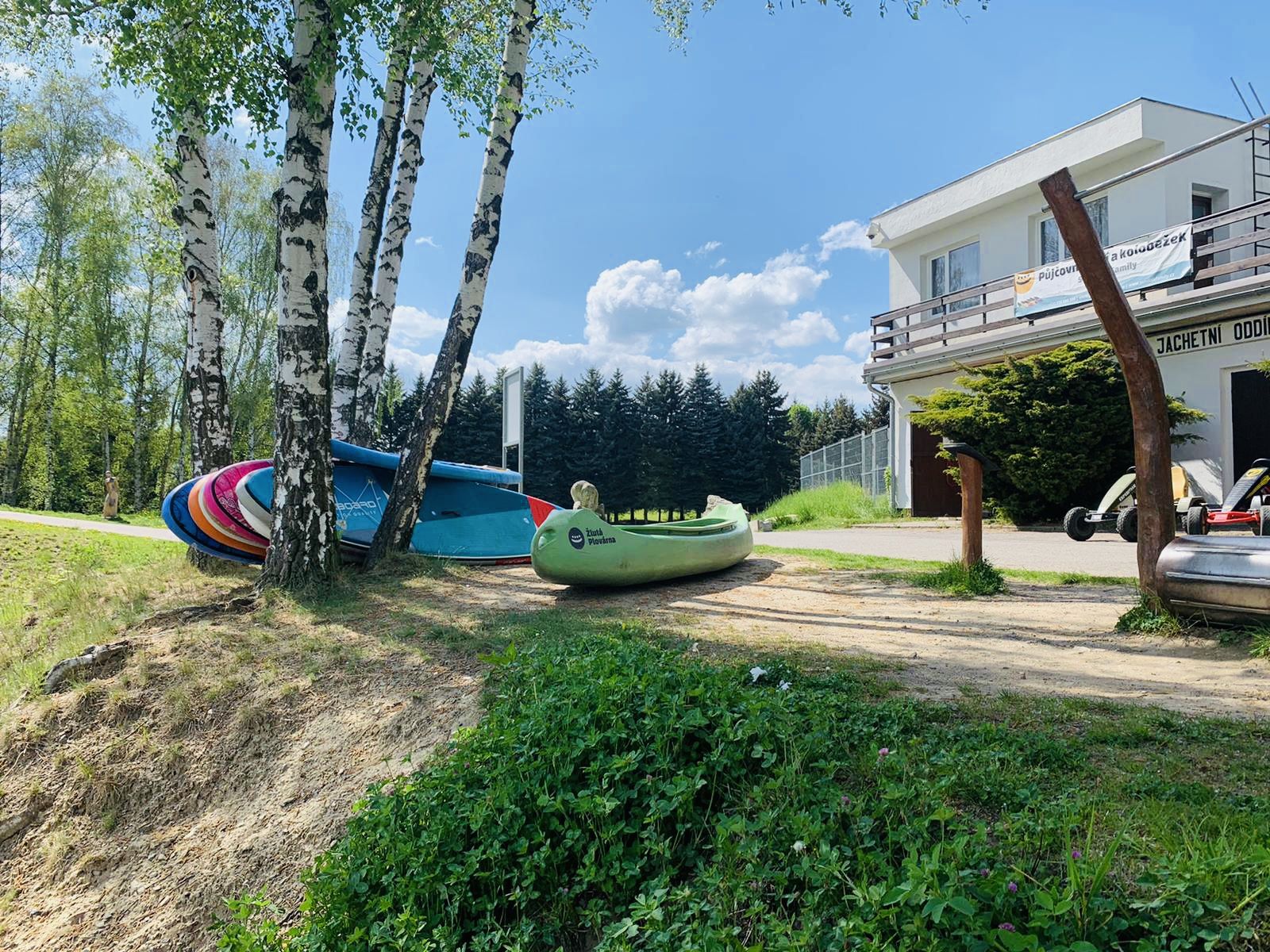 The river Nisa, precisely Lusatian Neisse (Lausitzer Neiße in German, Nysa Łużycka in Polish and Łužiska Nysa in Upper Sorbian) is a river rising in the borders of Nová Ves nad Nisou and Smržovka in the south of the Jizera Mountains. It flows to the south in the beginning and goes though densely populated area.

In Jablonec nad Nisou is into Lusatian Neisse emptied White Neisse, in which was in the years 1906 – 1910 in the urban area of Jablonec built the reservoir Mšeno. The reservoir has a gravity concrete and brick dam of height of 20 meters. The reservoir is filled by the underground tunnels from both rivers and functions as a protection against floods. It is a very popular place for recreation for both local people and visitors.

The next city in the valley of Lusatian Neisse is Liberec, which was in history developed thanks to cloth weaving and textile industry. There is a town monument zone in the city with a neo-renaissance town hall and a chateau in Renaissance style built in the 16 th century, which is connected to a new chateau from the 18 th century. The oldest buildings in the town are half-timbered houses called Waldstein houses in the Větrná Street, which are dated to the 17 th century. The zoological garden in Liberec is the oldest in the Czech Republic, with year of establishment in 1904. Close to the zoo is a botanical garden from year 1876. The dominant feature of Liberec is Ještěd, the highest mountain of the Ještěd ridge, where was built a TV tower bearing the same name.

Under Liberec, in Machnín, leaves the river the densely populated area, flows past the promontory with the ruins of castle Hamrštejn and the nature reservation of the same name, flows through the original settlement of the Upper Serbians – Chrastava, and the old mining village Bílý Kostel nad Nisou. Behind Hrádek nad Nisou leaves the river after 54 kilometers the Czech Republic.

In the past there were many river meanders near Hrádek, Zittau and Hirschfelde, but it has been adjusted. But it flows swiftly, do not worry. There used to be a fish farming area with alleys of old oaks by the Tripoint, delimiting the dams. Coal mining in the Zittau basin was the reason for the needs for adjustment of the river in the thirties. The history of mining is visible also from the river, in Hirschfelde is on the left side of the river visible the old power plant, where is today a museum, and on the right side is a well known Polish power plant Turów. Up to this point is water pretty clear, then it is polluted by the water from the mine.

The part of the river from Hirschfelde up to Zgorzelec is probably the most beautiful, as the river flows though the forest valley and is full of pebbles and stones. The river resembles the river Ohře, but there are no rapids or white water. A very popular attraction in the area is going down the river on the round inflatable boats to the nunnery in Marienthal, which is definitely worth a visit. Under the nunnery flows the river into the Zgorzelec basin, from which isn’t much to see, as the river is under the ground level, it flows swiftly and has a lot of meanders and the banks are covered with small willows and knotweed.
There are a few old weirs on the way to Zgorzelec. They are little bit different from the ones in the Czech Republic, but it is always possible to get over them somehow. And you will enjoy your journey here for sure, as you have to steer the boat all the time. But it’s worth it, when you reach Radimerzic, the river Smědá flows into Nisa and you can see there a baroque chateau on the Polish side. It is the best to finish your journey just before Zgorzelec, as there is a difficult weir to go over. And just for your information, there is over 150 years history of local rowing club in Zgorzelec, which was established there thanks to the river.
Under Zgorzelec is the river more placid and has a gentler incline. But what’s interesting to see there are the destroyed bridges, which were blown up in the year 1945 by the retreating German troops. The majority of them still haven’t been repaired and the remains of them create on the riverbed rapids. When you pass Zetendorf, you will come to the easternmost point of Germany, which lies on “our” Nisa and is marked by a signboard on a willow. The area here is the home to many beavers, as you can recognize when seeing the typical dams and chewed off tree trunks. From Rothenburg to Bad Muskau it is another more than 100 km of river, where you can rent rubber boats from a local boat rental. You can also find there a campsite and places for refreshment.

The river creates there a real border with dense populated areas on the German side and deep forests on the Polish. Many villages were abandoned after the war, as it was the same on the Czech side. In the forest can be even seen the wolves, which returned there after a long time. If you are a fan of railways, you will definitely like it there, as there are many trails (some of them aren’t used anymore) and nearly every town had tramway tracks. In Forst, you can find a goods train called “Schwarze Jule”. If you visit Bad Muskau, go for a visit to the chateau park and try the forest train. Only 20 km further lies the town of Guben/Gubin. This is another example of a town that was divided into two parts after the war. The historic part of it, which was nearly completely destroyed during the war, is on the Polish side. Germany has the part with the railway and the industrial quarter. If you have stomach for it, you can visit a former textile factory, where is today a European centre of professor Hagens for preservation the dead bodies.

Under Guben comes Nisa to its last kilometers. In the past, before the war, was this part used for cargo vessels coming from Odra, but today it is silted up and is good only for recreational boating. The Lusatian Neisse ends its 256 km long journey by emptying into Odra in a small village Ratzdorf in the altitude of only 28 m. Odra still has to make about 300 km to come to the sea, but it is such a strong mass of water that it is no problem to make it. You can meet there many people from the Tripoint, who visit the well- known cycle path Odra-Nisa.
General Information: The length of the river: 252 km
The area of the river: 4297 km 2
The average flow rate: 5,4m 3 /s
The head of the stream: In the Jizera Mountains, about one kilometer northeast from Bedřichov, in the altitude of 765 m.
Photogallery 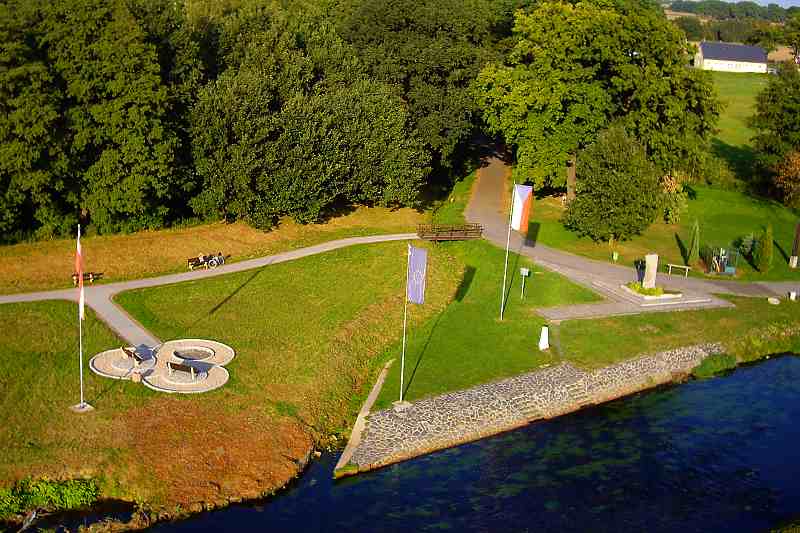 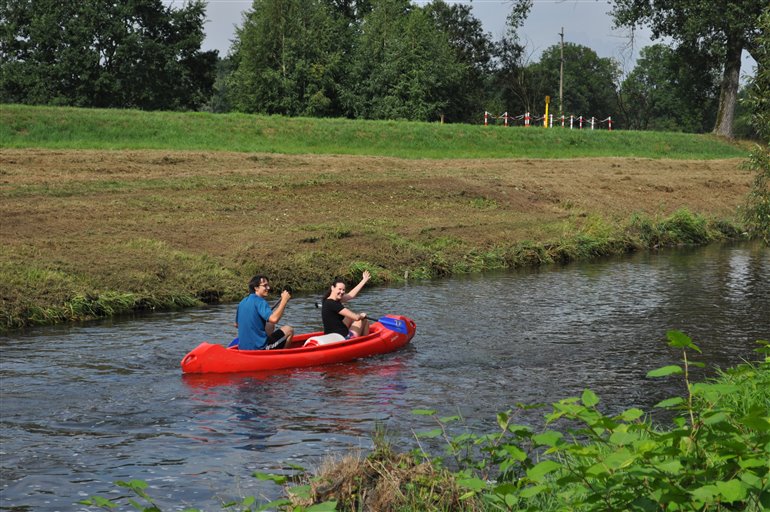 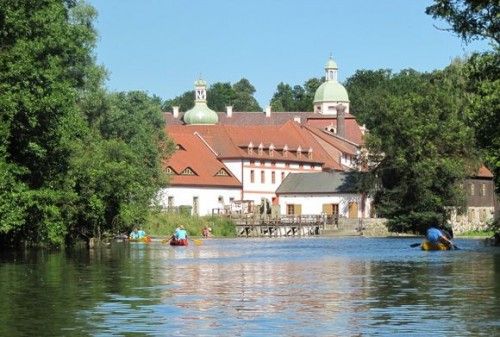 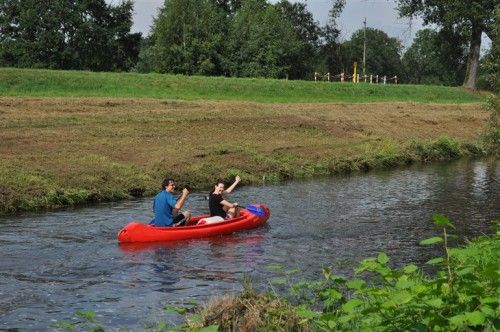